I am just not good at this blogging thing lately. Life gets busy, and the I just don't catch all of you up. Back on September 27th Todd's sister Terri, and I went to see The Tragically Hip at the NAC (National Arts Center). I had never been to the NAC for a rock concert, I've been there for shows such as Phantom, Le Mis, Riverdance, Tommy, and Spam A Lot. I have to say it was quite a nice venue for a concert, and the seats are definitely very comfortable... not that we used them very much.
Terri got us excellent seats, only 6 rows from the stage! Not the closest we've been to The Hip (I've seen them about 8 times now)... once I won tickets to be in a special section right next tot he stage. 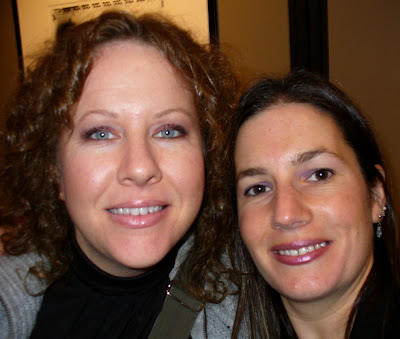 Here's Terri and I before the show. 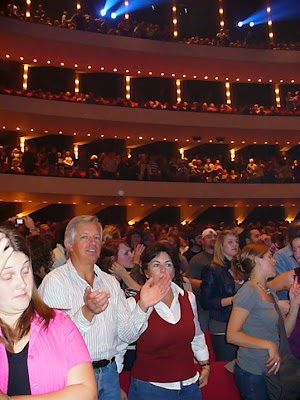 This is the crowd at the NAC on their feet cheering for The Hip to come on stage. 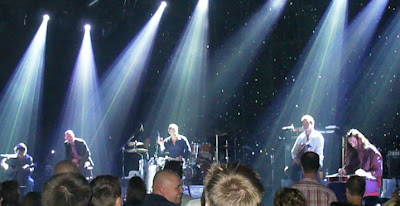 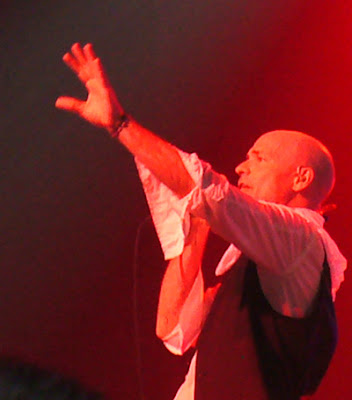 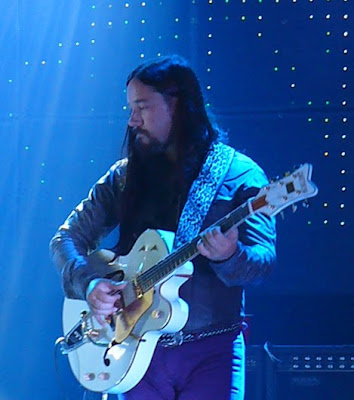 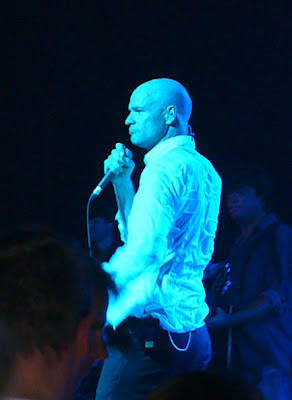 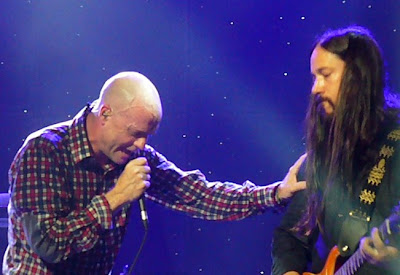 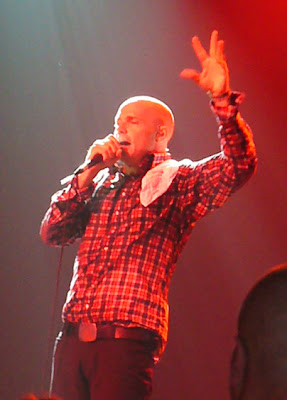 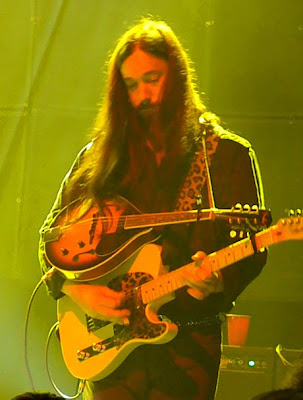 Here are some shots from the show.
I'm just sitting here at my computer waiting for 10am to roll around... tickets for Star Wars in Concert are going on sale! I am such a geek, I so want to go... so my Mum and I are going to go together. We've also already planned to go to our favourite Indian restaurant for dinner before the show.
I do also have a couple of other shows coming up that I'm looking forward to (there's been a bit of a void of good shows lately). Christin and I will be going to see Matthew Good at the NAC in early December, then closer to Christmas we'll be seeing Three Days Grace at Scotia Bank Place. I'm quite excited that yesterday it was announced that Billy Talent is coming to the Scotia Bank Place... on March 26th its a Friday and its the day before my birthday. I am going to have so much fun!
Posted by Dani - tkdchick at 9:16 am

Dani, my daughter's college choir actually got to sing in the Stars Wars in Concert here in Phoenix. She said it was awesome! You will love it. I wish I could have gone but by the time we found out about it, tickets were way out of our budget. Have fun!

Those are fantastic pictures that you took. Its such an iconic picture of Gordie Downie, isn't it?

Love the pics! Glad you had a good time.

Glad you had so much fun...The Hip always puts on a good show!

Pat wants to go to the Star Wars thing too. I'll have to check ticket prices.
Great pics:)

Hey there is nothing wrong with being a Geek!!! LOL Star Wars rocks! Looks like a great time at the concert!!

Happy Blogaversary! I completely forgot about my own this year. It was about 3 months past when I thought about it. Please enter me into your draw, I'l love to be included.
Gotta tell you, there are a couple of geeks living here too! I got tickets for Dan and I for his birthday. We're on the floor, section C.
Loved your pics of the Hip! It looked like a sold out concert.

Wow, those are some great Hip shots. Love 'em!