An Evening With "Ken"

When my Mum was ill last year, it took her awhile before she was willing to plan anything in advance or think too far ahead.  Awhile ago she heard that William Roache who plays "Ken Barlow" from Coronation Street was coming to Ottawa.  So we bought tickets and made plans! 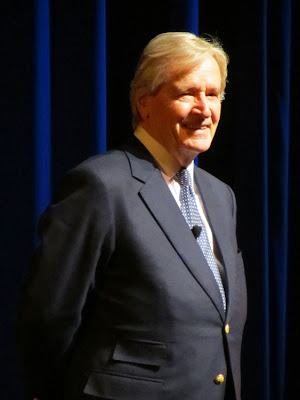 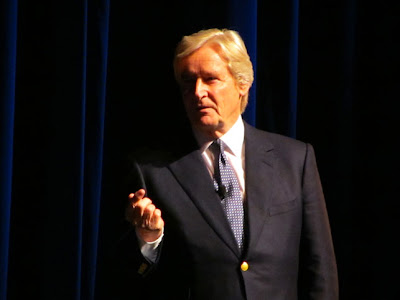 We had a lovely evening out and William Roache was SOOO entertaining.  The cool thing I found out is that one of his son is an actor as well (actually both of them are) and his oldest many of us would recognize. His son Linus Roache was ADA Michael Cutter on Law & Order and he played Bruce Wayne's father in Batman Returns.  Who would of known?  Of course if you look at pictures of the two of them it makes sense!
Posted by Dani - tkdchick at 9:00 am

You learn something new everyday, as they say. I didn't know this either.

I'm a huge Corrie fan too and think this is something both my Mum and I would love too. I had no idea who is Son was too :)

You forgot the Sir. He has been knighted.

Great night out for you both.
I was only wondering how your mum was now when I vsited here recently.

Sounds like you had a great night. I didn't know his son was in law and order either.

Sounds like a great night. I didn't know his sons were actors too.

I haven't watched Corrie for years, but I did know who Linus Roache was.
Glad you had fun