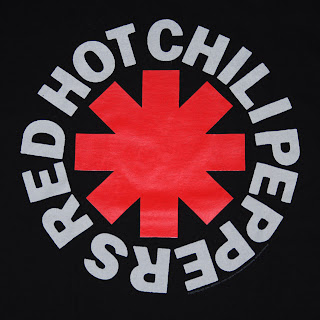 I think I've loved the Red Hot Chili Peppers since around grade 9... oh that was a LONG time ago!  Blood, Sugar, Sex, Magik hit the charts and I was hooked!  The Peppers were in town last night, and there was no doubt that I was going to be there!  Actually this is the third time I've seen the Peppers, but the last two times they were here I sat up in the 300's way up high!  When I heard they were coming back again, I said to Christin and Tracey that we were going and this time... we were sitting in the 100's no more nosebleeds for this girl!!!! 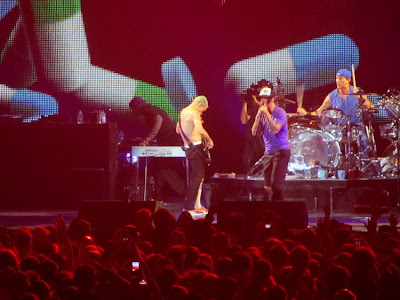 It was an awesome concert!!!  I had a great time I sang along and danced to every song except maybe two.  They played a lot of the hits, and they played quite a few of the not so well known songs that I love!  Oh and of course they played "my song" ... "Dani California" ... well I'm not for California but how many songs have the name Dani in it???? 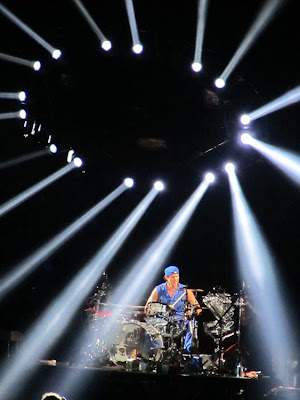 Here are some of my favourite shots from the night... I keep thinking if I had my good camera and I was much closer imagine the shots I could get?  These were from way back with my point and shoot digital camera with 14x optical zoom. 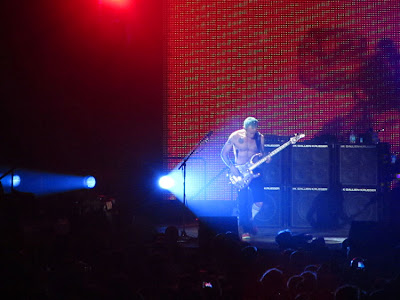 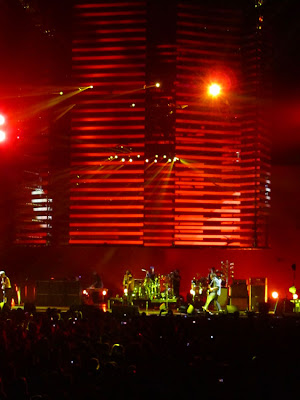 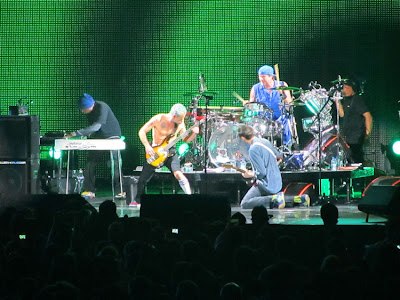 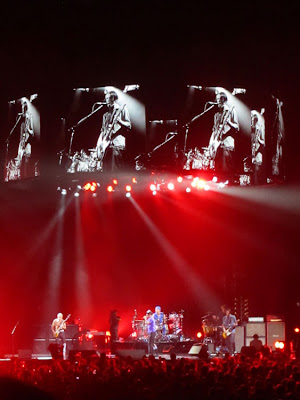 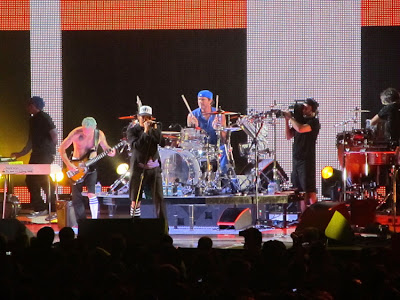 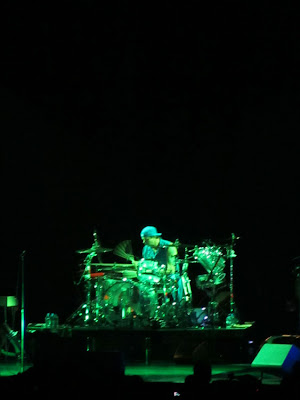 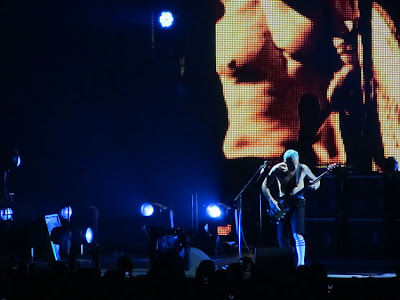 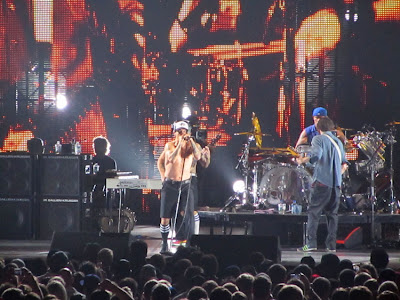 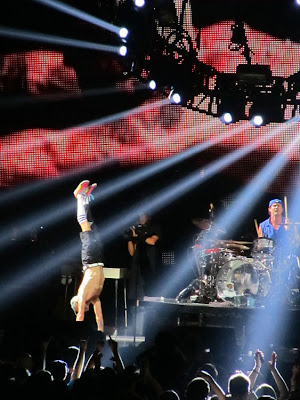 What I would give to be given the chance to be up front inside of the security barriers with my D-SLR!!!
Posted by Dani - tkdchick at 11:33 am

You got some amazing pictures, what a fabulous night!

I remember that cd coming out when I was in 7th grade, I now have it on my ipod playlist instead. Looks like you had a great night, i'm a little jealous!

Even without the front row seats and the digital SL-R, you did great. Glad you had a good time @ the concert.

What a fantastic night! (I'm a fan too, but have never seen them out here in Perth).

Looks like you had a lot of fun and enjoyed it all. Cool photos.

I think you did really well with the pictures. Thanks for sharing. Sounds like you had a really good time.

WHat an awesome time! I love the RHCP's too! Have not seen them but they are on my short list!

Looks like you had a fun time. Your pictures are great. Thanks for sharing.

How cute that they played "your" song, Dani :) Sounds like a perfect evening! Love the photo of the shirtless guy doing a handstand :)

I had heard it was a great concert. Glad you enjoyed it!

Nothing like seeing one of your favorite bands. It looks like a great time. DH and I are quite a bit older than you but we still go to concerts...he decided some years back that's it not worth going unless he has good seats. It's pricey but on so much better down where you're closer. I've been within 6' of some of my idols and won't ever forget it!