Besides getting caught up on my PhotoHunts you really haven't heard from me at all this month!  January is almost over and its been an exhausting month physically and psychologically!  I've alternated between not being able to sleep/sleep through the night the first few weeks of the month to now barely being able to stay awake!  Friday night I laid down for a bit at about 5PM I didn't get up until 7:30AM!

I have been stitching when I've had the energy to, but lets get caught up on all of the blogging activities I decided to take part in this year!  The first thing I've missed is the first Wipocalypse of the year!  This month it took place on January 16th!

With this first Wipocalypse we are to introduce ourselves, our projects and our goals for the year. 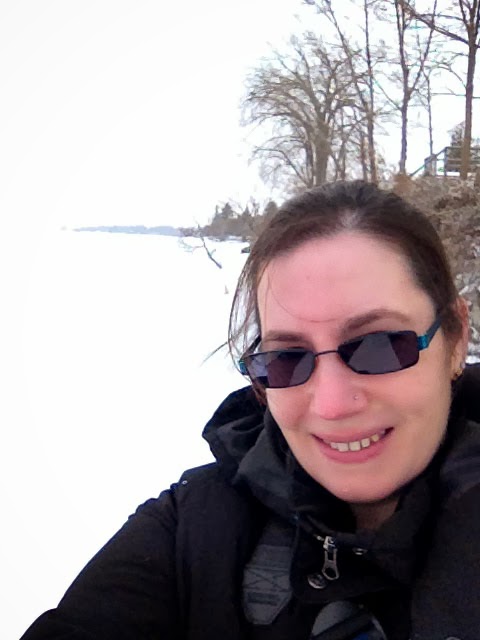 Most recent picture of myself

I'm know by my friends and the stitching community as Dani, I'm in my late 30's.  I am a Library Technician in a High School which I've been working at for 12 years now.  I live with my partner Todd and our two cats Hunter and Zeus, no kids. 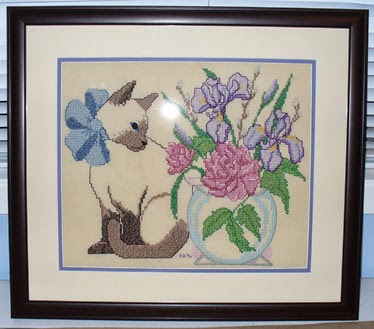 My Mum first taught me how to cross stitch when I was around 12-13 years old when "Santa" left a little cross stitch kit in my stocking.  That first project, was a disaster!  I started another project as a teen in middle school but I never finished it until I was an adult, when I was unemployed for a few months in 1997.  Since that time, I've never stopped.  I've been stitching for 17 years now... wow!

I started blogging in September of 2003, that's 11 years now.  I like to think that I'm one of the early Stitching Bloggers.  I'm hoping to keep blogging for many years as long as the ability exists and the audience is still there. 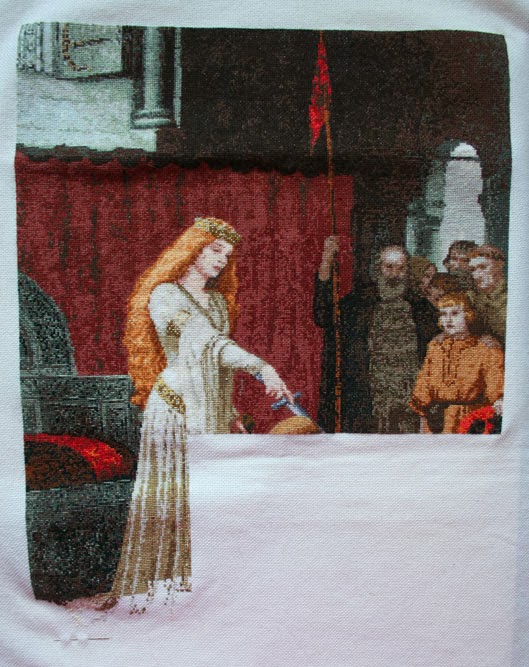 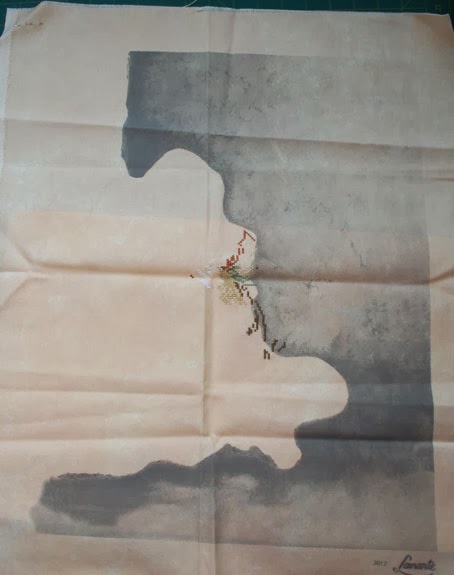 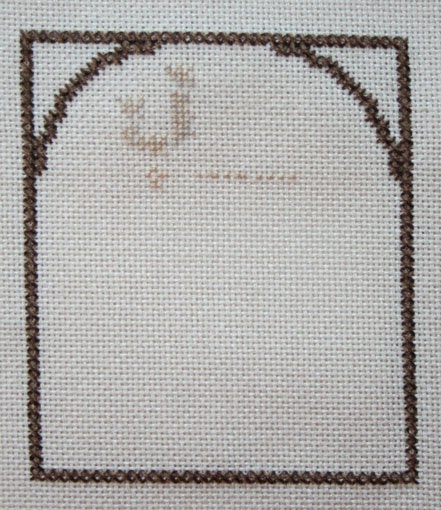 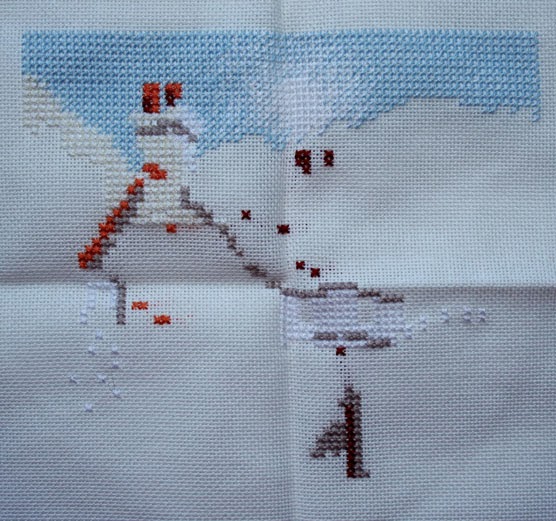 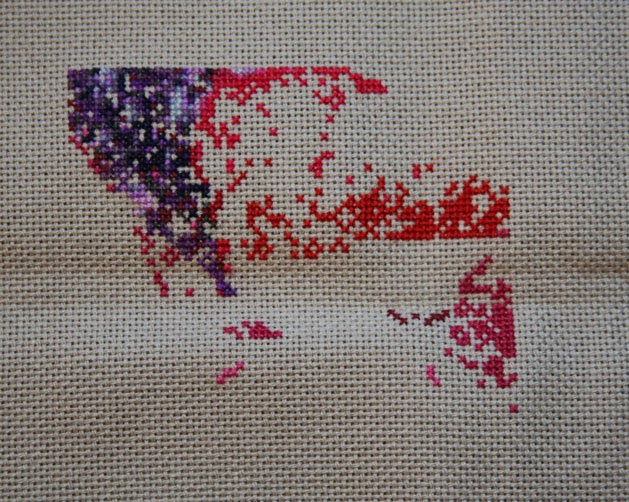 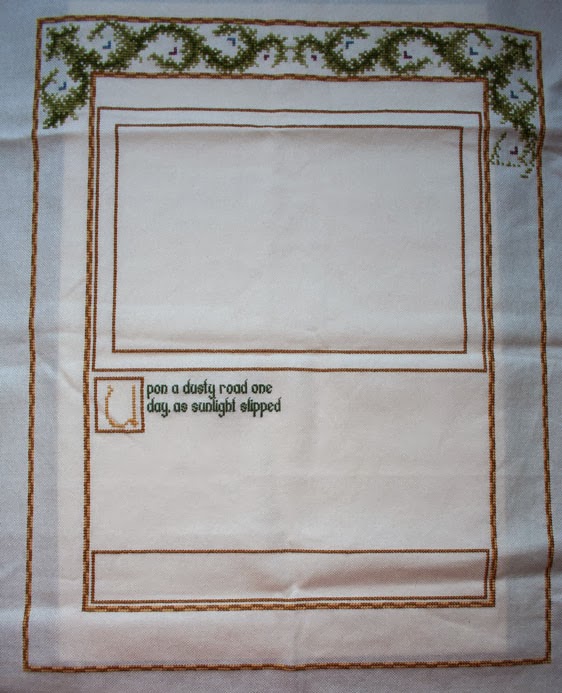 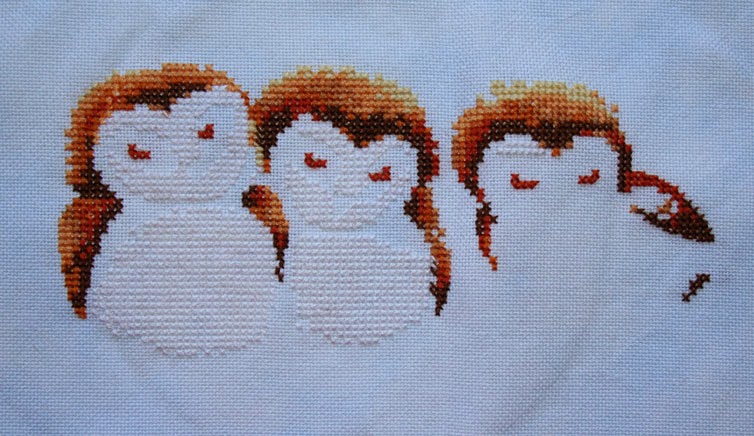 Whew! That is a lot of projects going Dani. I hope you get many of them done this year. =)

I also joined to Wipocalypse 2014, today. Good luck with your projects!!

I too have this version of the Accolade. I purchased it back in 2005 from Odds & In's Online. The PDF is buried in a file on a backed-up USB mini hard drive somewhere. I also have Godspeed (A Knight's Farewell) by the same artist. I'll probably never get around to stitching Accolade I've got too many other projects ahead of it. Anyway, I've always look forward to seeing your progress updates on it.

Nice to know a little about you Dani. I love all the projects that your working on and look forward to seeing their progress.

Great projects for the year. Look forward to Seeing progress over the coming months. Hope you can get a good sleep pattern soon.

Oh my word!! Look at all those projects that you started! I would have gone squirrely if I did that. LOL Can't wait to see them all finished. I love the PS ornaments! I was never a big fan of it, but the last year or so I have started to love them.
PS I'll be in your audience, as long as you keep writing....so you're good to go :)

Wow! That's an ambitious listing of stitching for January!

Lots of great projects to choose from:)

Woohoo you managed to get your intro done :) And there are some real stunners in there that you'll be working on this year - look forward to seeing the progress :)

I bet you will do great with all these goals!! I look forward to watching your progress on all these gorgeous pieces!!

Dani, how so you know what to stitch on you have so many wonderful projects?!

Great post, Dani!! You have a great group of projects going on ~ here's to meeting your goals!

Some great projects there Dani, good luck with your goals

How exciting you started the TW in May 2014, I know you are a keen traveller Dani but you must be a time traveller as well ....lol.

Great projects you have been working on, and 11 years blogging that amazing.

Great post. Lovely projects. Look forward to seeing your progress on them.

Good luck with your goals for this year - I'm exhausted just reading about them!

I will love seeing your progress on these wonderful projects!

ohhh those owls look adorable already! :D
Good luck on your goals for this year!

Good luck with your goals Dani. You have wonderful projects on your list and I think my two favourites are The Accolade and 3 Little Maids.

Fantastic projects Dani - good luck with your goals. Your recent photo posts are stunning too - you are such a great photographer

Nice seeing what you've got planned for the foreseeable future!

I've had issues with sleeping on and off for years. Mostly not sleeping during the week. Melatonin is helping but it sure would be nice to have a normal sleep cycle!

Good to get to know you a little better Dani! I enjoyed looking at all your WIPs and look forward to following your progress on them.

How nice to read about you and see all of your projects, Dani! I am in awe of all you stitchers who work on multiple things... I can only seem to handle one at a time :)

You were one of first bloggers I knew about and inspired me to blog.

Love that you started FT in May this year when we haven't got there yet. Please share your secret of time travel :)

You have a lot of super projects in the works. I will enjoy seeing your progress on them, especially the Teresa Wentzler one. They all look great.

Lots of projects... and diverse!

Thanks for sharing your history. I enjoyed reading it.

Ahh, seeing all your great projects makes me want to go stitching right now, lol. Your goals sound doable, good luck with all of them.

You have a good number of projects to work on and a good variety as well. Good luck with your goals, I am sure you will achieve them all this year.

Love all your projects but The Accolade is my favourite - natch!

Jo who can't think of a clever nickname said...

Great introduction to yourself and some wonderful projects.

I think you were one of the first blogs I started to follow. It certainly feels like a while although not 11 years!!