Well we're half way into the month of April and I'm finally getting to my stitching goals.  I'll have to do better in May! 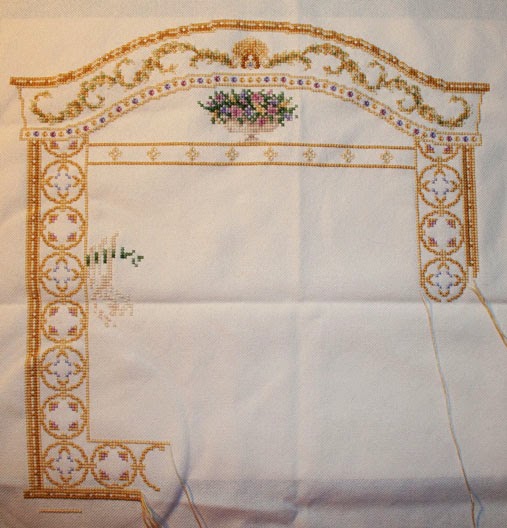 This month's WIPocalypse post is a pretty easy one, as since the last report I've been working on only one thing, and that's Teresa Wentzler's Birth Announcement.  So here it is since I don't have a before photo for you, since I started it a few weeks ago and since the last report.  I'm stitching this for my best friend from high school who had a son in early March. 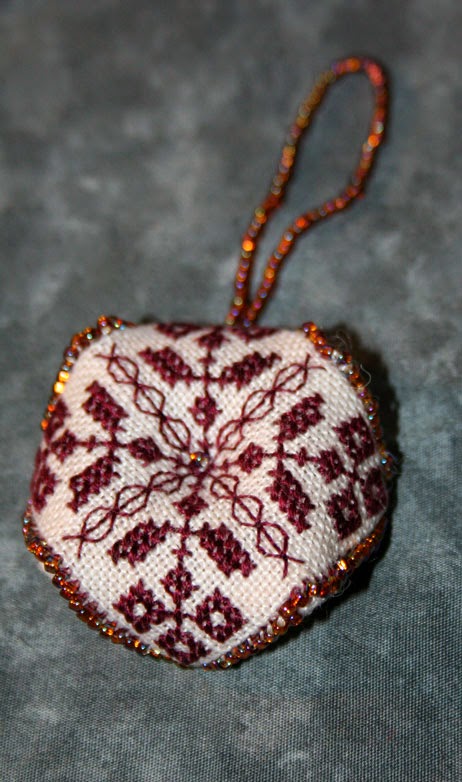 Last weekend I needed a wee break from gold, gold and more gold so I stitched and finished these two little ornaments.

This upcoming weekend is a four day weekend for me and its the IHSW so we'll see how much I'll get done on Birth Announcement!!!!

Catching up on your last few posts ~ love all of your stitching ~ need to get back to mine ~ and that moose sign cracks me up!

Beautiful finishes and stitching Dani! You've got great goals! I should be doing goal setting too!!

You've gotten a lot done on the sampler. Looking forward to seeing it after this weekend. Gotta love 4 day weekends :)

Wow it' s so beautiful x

Lovely progress! The ornaments are lovely.
Have a great weekend!

That birth announcement is awesome!

Good luck with your goals. Your stitching looks fabulous!

That birth announcement is awesome. That will really be a treasured gift.

Incredible progress on the birth announcement piece, Dani!! I can see why you needed a wee break, though--the ornaments you stitched are lovely :) Love the beaded hangers!

Congrats on the cute finishes Dani. Great progress on the birth announcement.

Jo who can't think of a clever nickname said...

The birth announcement is looking great. I keep thinking about doing the TW wedding sampler for me and hubby.

The TW Birth announcement looks amazing! You are flying through it.

Such pretty little ornaments. Good luck on the birth announcement!

You have made great progress on the birth announcement! Cute finishes!!

Congrats on your finishes.

Your two ornament finishes are just darling. And this birth sampler will be such a beauty. Like all the TW pieces are.

The birth sampler looks wonderful! I can't wait to see more progess on that :) Lovely finishes too.