Theory of a Deadman

Tonight was our final night at the Cornwall Lift-Off, and tomorrow it'll be time for me to head home. I left the big camera behind tonight, and went only with my point and shoot, so my shots are few and limited by the technology in the camera.
The evening opened up with a U2 tribute band called Rattle and Hum. If you closed your eyes... they were close to the "Real Thing". Having seen U2 live the experience just isn't the same! Their "Bono" was a pretty cheesy look-alike. 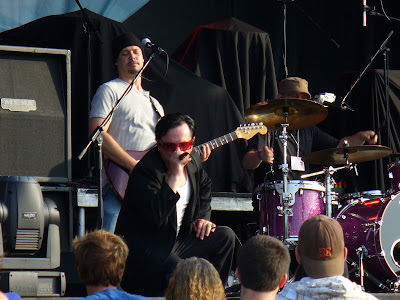 The following band was a local group called Rub Salt they were actually really good! They played all kinds of popular rock tunes that I hear on the radio regularly. 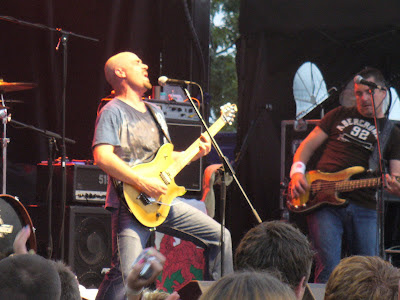 The final act for tonight was Theory of a Deadman. I must say the lead singer, pretty cute... definitely take home material! Pardon me for the not so great pictures, its hard to get a clear shot when you're being jostled... and 5ft 2in! 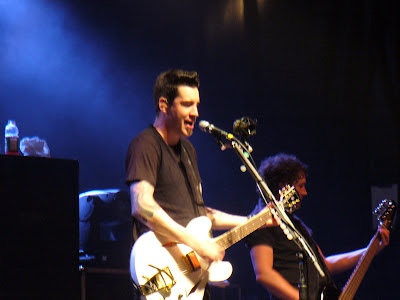 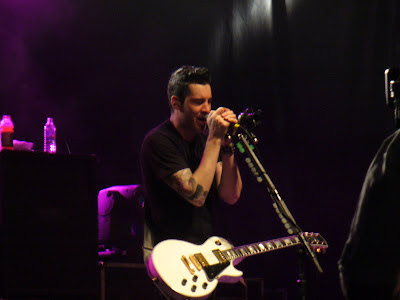 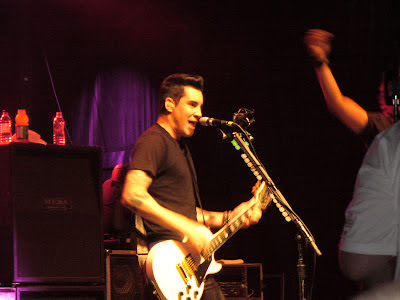 I am glad you had a great weekend with the Cornwall Festival. I am jealous you got to have fun dip, and listen to Glass Tiger and the lead singer from Styx. I haven't decided if I will get tickets to see them play down here yet but I'm soooo tempted...lol.
The pictures of the balloons were gorgeous. Great job.

It looks and sounds like you've had a fantastic time Dani:)

Glad you had such a good time, and I think the pictures turned out great, much better than I ever seem to get.
Sue

Sounds like it was a great weekend - I think Glass Tiger was my first ever concert many years ago.

Daniel and I really enjoyed Rub Salt as well. We stuck around until they were finished playing. It was great to see you again too!