It has been a life-long dream of mine to see a Space Shuttle Launch, today with little forethought or planning I did!!! We had plans to spend the day in St. Augustine (those pictures at another time its really late!), and decided around 3pm to try our best to get down to Cape Canaveral to see the Shuttle launch at 7:40 PM. With Claire's heavy foot and good traffic we made it there with an hour and a half to spare. We were really hoping to find out if there was a way we could get into the Kennedy Space Center to see the launch but they were only letting cars with passes over the bridge. So we parked the car and walked the two miles down to the closest vantage spot which was by the Astronaut History Museum. 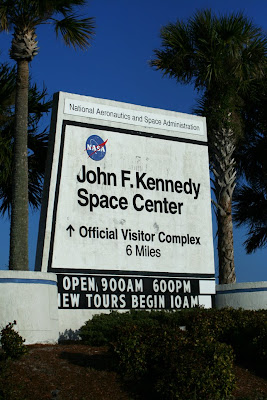 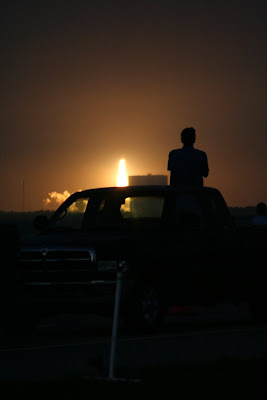 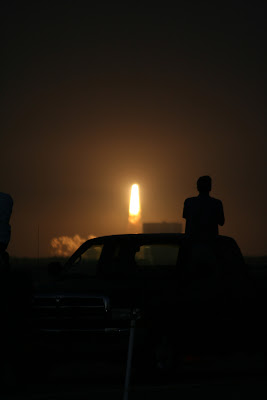 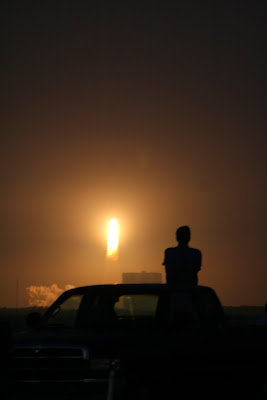 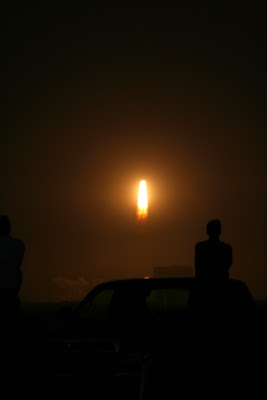 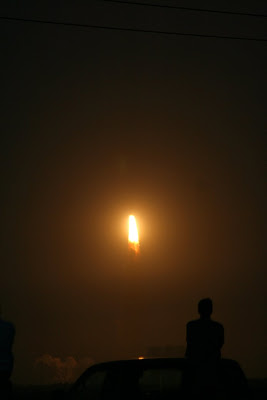 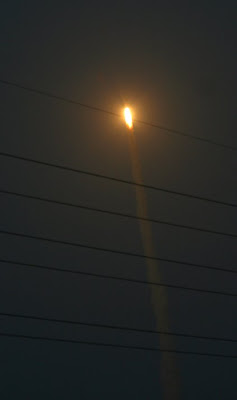 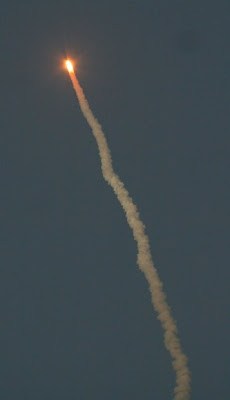 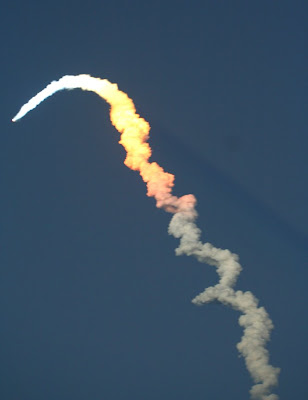 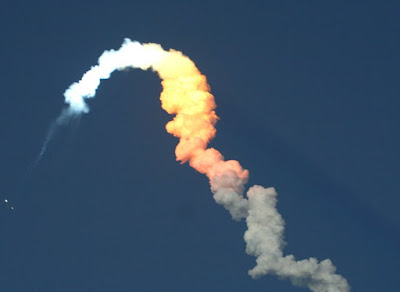 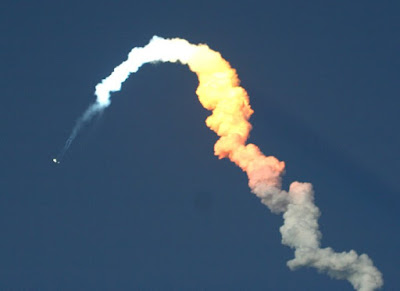 Here's our big grins after the launch... and after we were allowed past the white line... still a little exhuast in the air.

Wow, you are very lucky to have seen this. The photos are great. My husband is very jealous as he would love to go and see a launch one day.

You've captured it beautifully. So lucky!

It is a marvelous sight, especially at night. We were lucky enough to see a night launch several years ago and were about a mile away. The ground really shook, even from that far. Congratulations. You will remember that forever.

So lucky, those are wonderful

Very cool! I too would love to see one in person sometime!

This is also on my bucket list. So glad you got to see it - great photos!

Glad you got to see a launch - fantastic photos. :0)

I would love to see the space shuttle take off too. As a very young girl (long ago in the 60s) my mother would get me out of bed early early to watch the liftoff on tv of the early Apollo missions. It must have been an amazing sight!

How cool! Perfect timing!! We got to see a teeny tiny glow off yonder! Can't wait to see how you enjoyed StA and see your photos!
Enjoy! Don't forget the sunscreen!

Wow! That is so cool

What an amazing site you got to see!!! Those are just amazing photos! I could not imagine how it would feel to be right there watching it! WOW!

WOW! That is so cool!
My husband and I have always wanted to see one of those shots!
Unfortunately we not able to spend much time away due to duties. We had even considered driving straight through to FL (from NY) to get there, but so often it is post-poned, we decide not to.
Great picture!

Great pics of the launch! We watched it from our lanai. Bummer for me tho - you were literally in my backyard (I'm near Melbourne Beach, FL - just down the road from KSC) - I would have loved to have hugged such a sweet fellow stitcher in person!!! :) I'm really happy you had a great time!

Fantastic timing on your trip! AWESOME launch pics :) Thanks for sharing.

Amazing pics! That is really exciting that you guys were able to see that!

Wow what an experience.

Such an awesome experience! Few can say they've seen what you saw this day.